Solitaire is a collective name for various types of games that can be played by one person. Hundreds of solo games like this have been invented over the centuries, but there are only a few that are still truly popular today. And, we’re not talking just fairly popular, these versions are played more frequently on a daily basis than any computer game you choose to name. Examples include Klondike, Freecell, Spider Solitaire and Mahjong Solitaire. Want to play these online Solitaire games completely free, in full screen view? Then why not add this website to your bookmarks, so you can find all your favourite games in one place. 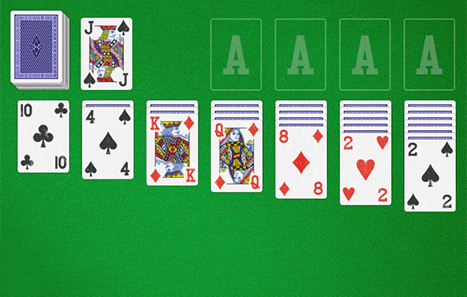 Klondike is played with 52 cards, 28 of which are dealt to 7 columns (the tableau) with the remaining cards being placed in the stock. You will see 4 blank spaces on the board, known as the foundation. The aim is to move all the cards to the foundation, ordered in ascending runs from Ace to King in the same suit. 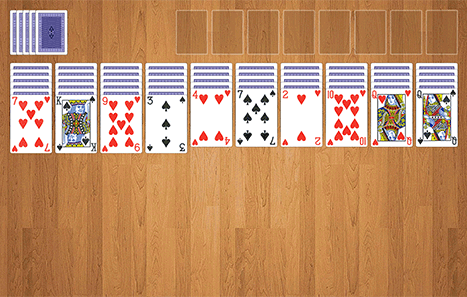 This game is played with two full decks, 54 cards are dealt to the tableau, divided into 10 columns, and the remaining cards are placed in the stock. At the top, you will see 8 empty columns, called the foundation. To win, you have to move all the cards from the tableau to the foundation, in descending runs from King to Ace in the same suit. 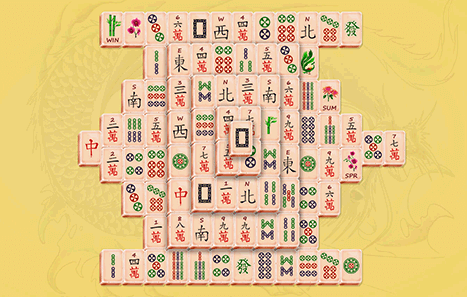 You wouldn’t think it, but not all Solitaire games are card games, one example being Mahjong. In Mahjong Solitaire, the aim is to match tiles with precisely the same symbols. There are also some helpful tools you can use, like hints, and there is an undo button. You win by clearing all the tiles from the board. 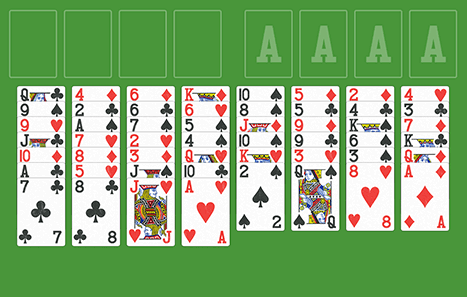 This Freecell Solitaire game is played with 52 cards spread over 8 columns. The object of the game is to move all of these cards to the 4 empty columns at the top right, in order of suit and ascending from Ace to King. The 4 free cells at the top left can be used as temporary storage. 99.99% of the Freecell deals are solvable. 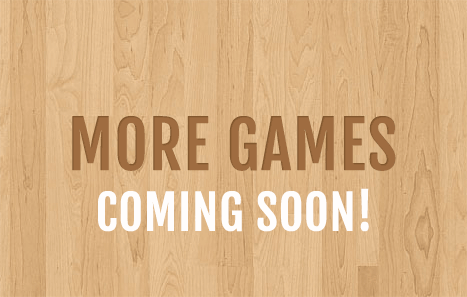 We are continually working on developing other fun games and improving the existing games. Bookmark us so you can check back and see which new games we have added. Feel free to send us an e-mail with a request to include a specific game. If we get a lot of requests for a particular game, we will undoubtedly want to include it on the site.